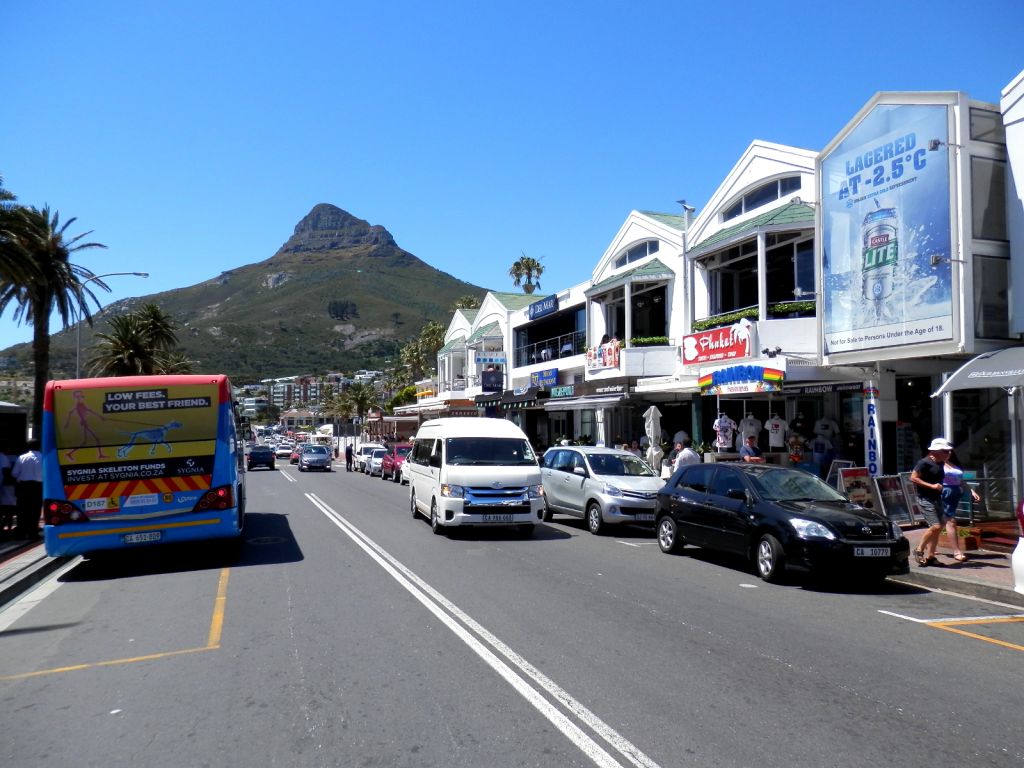 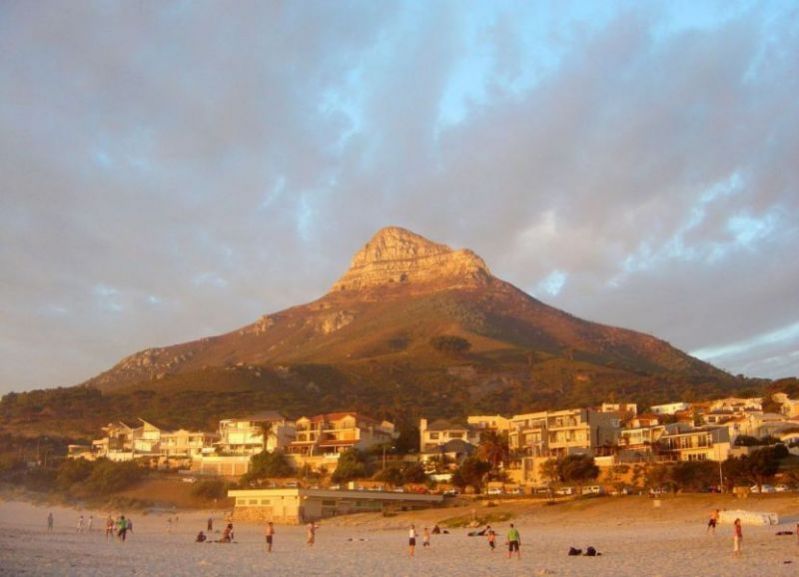 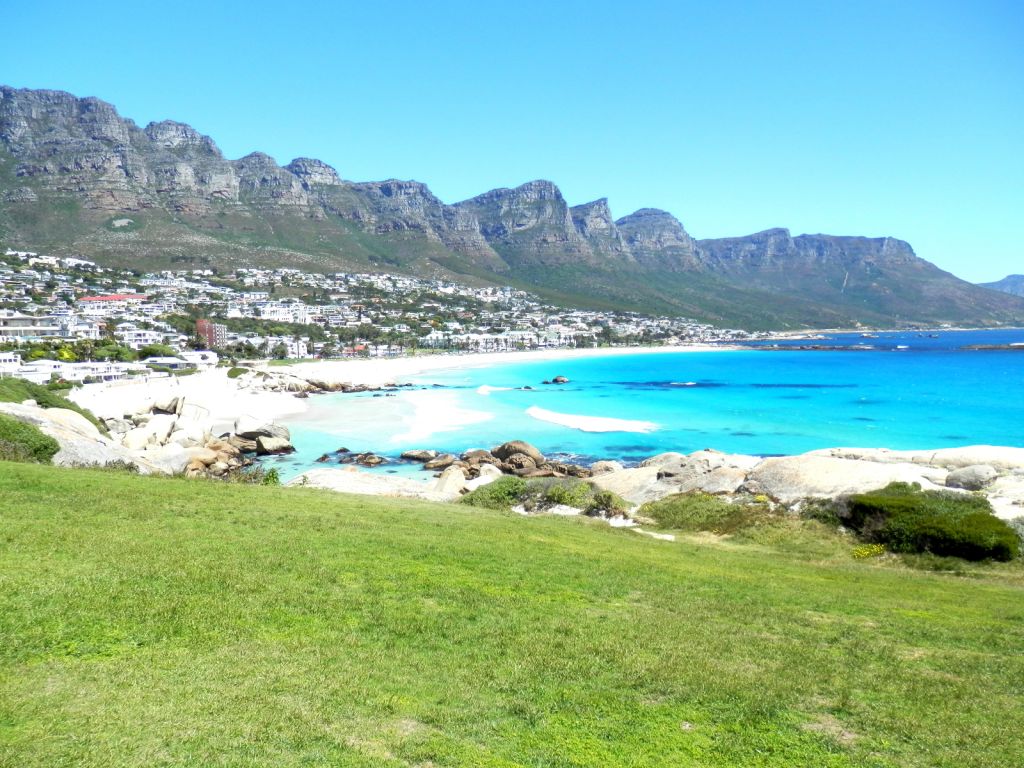 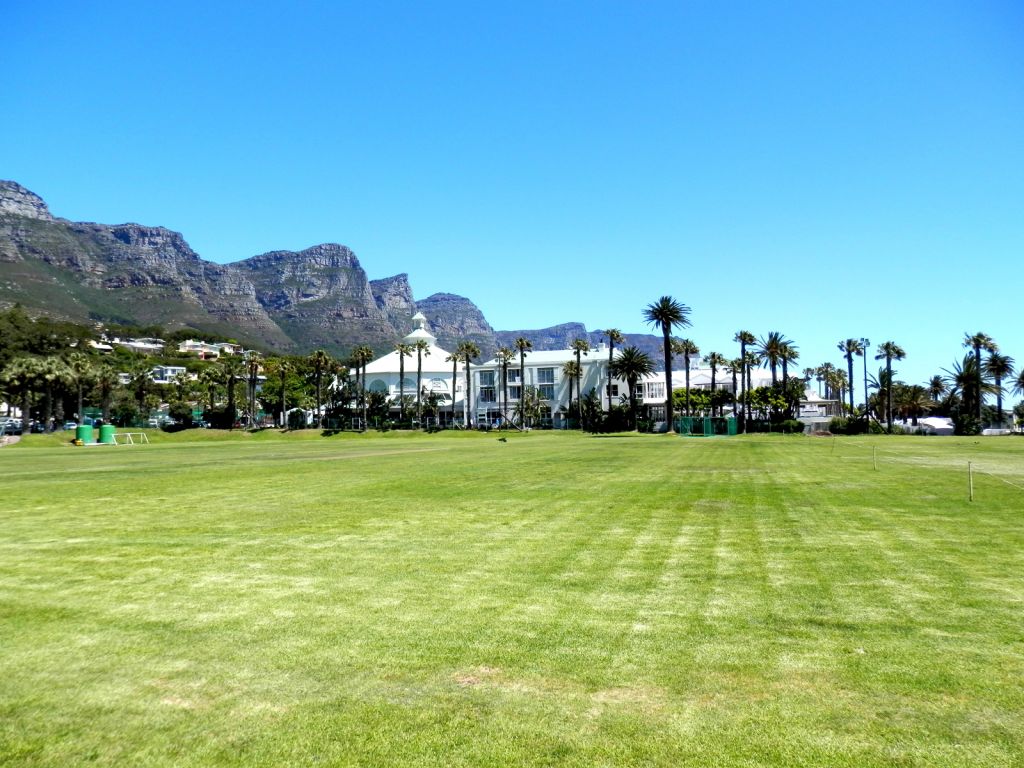 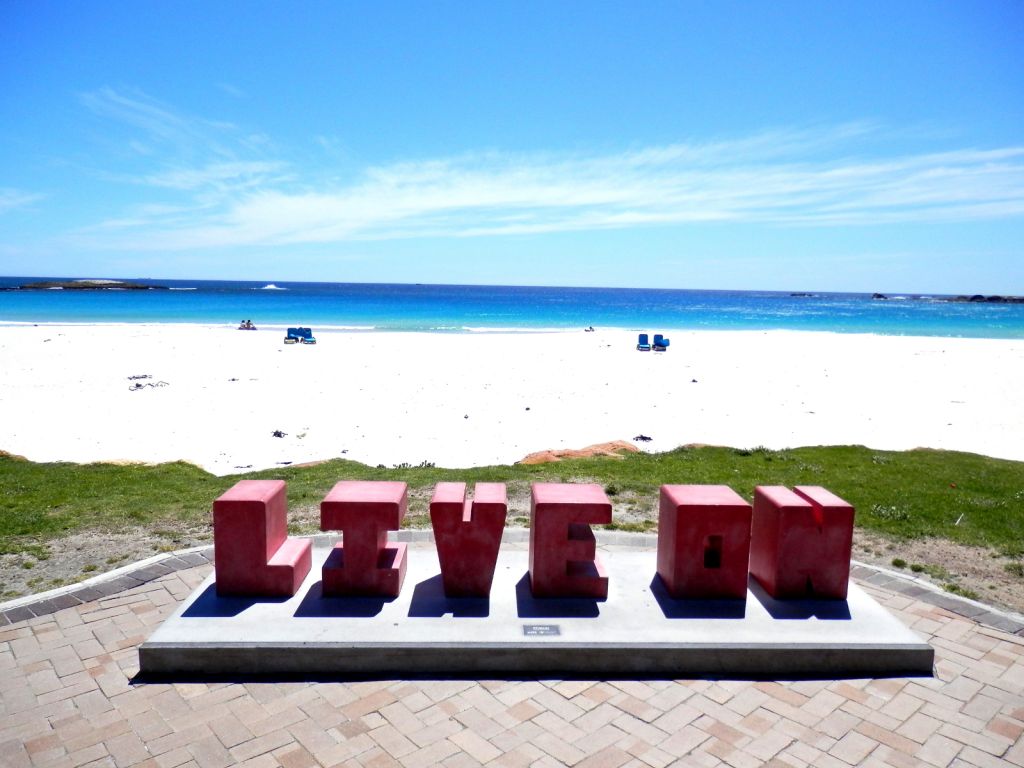 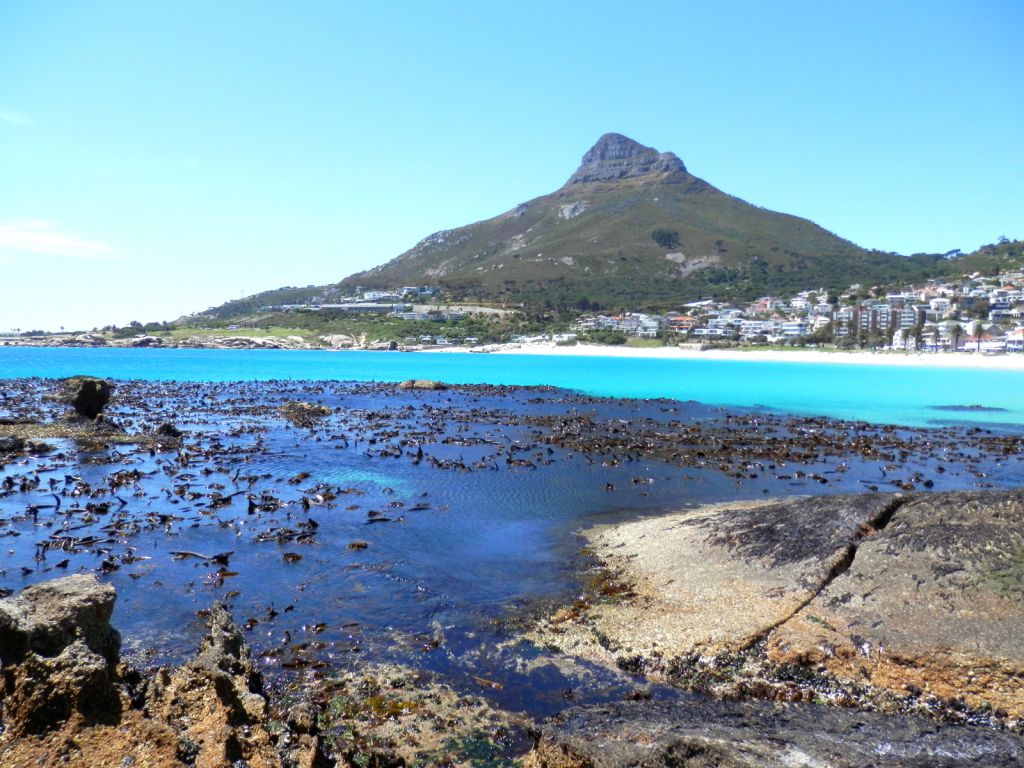 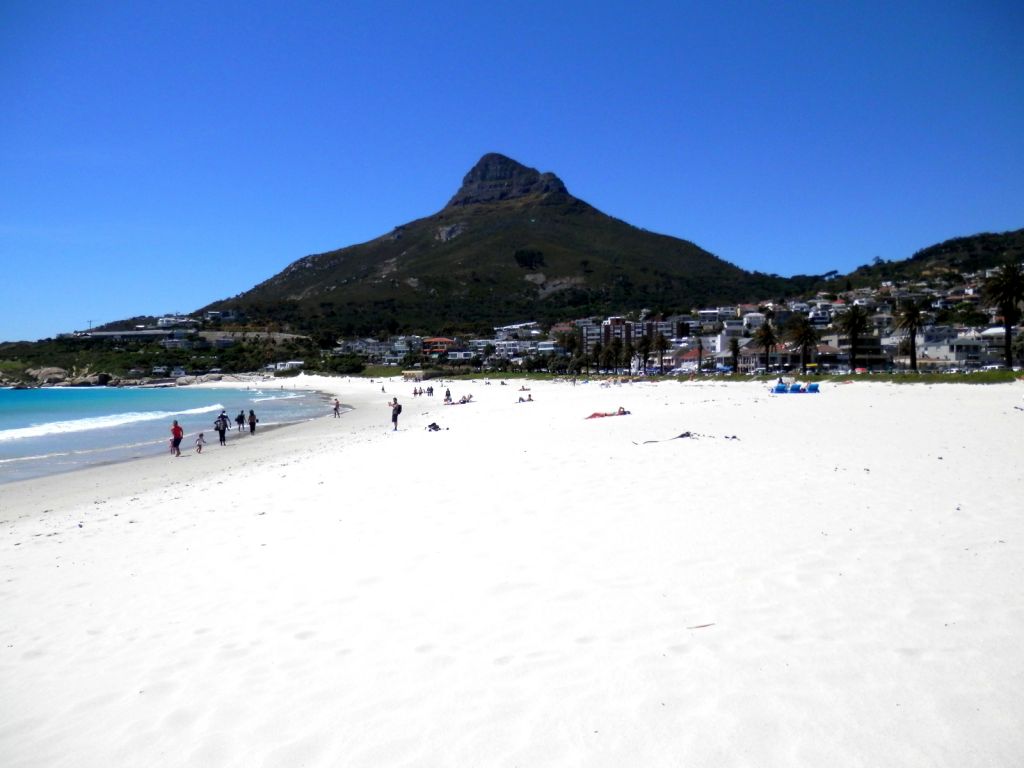 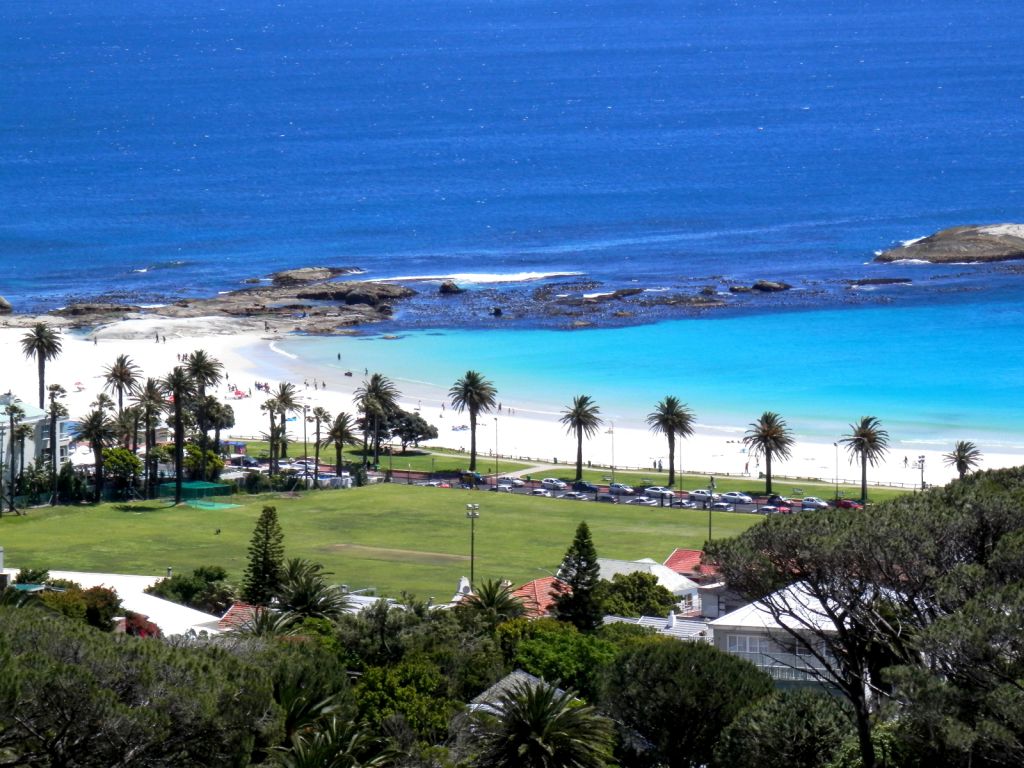 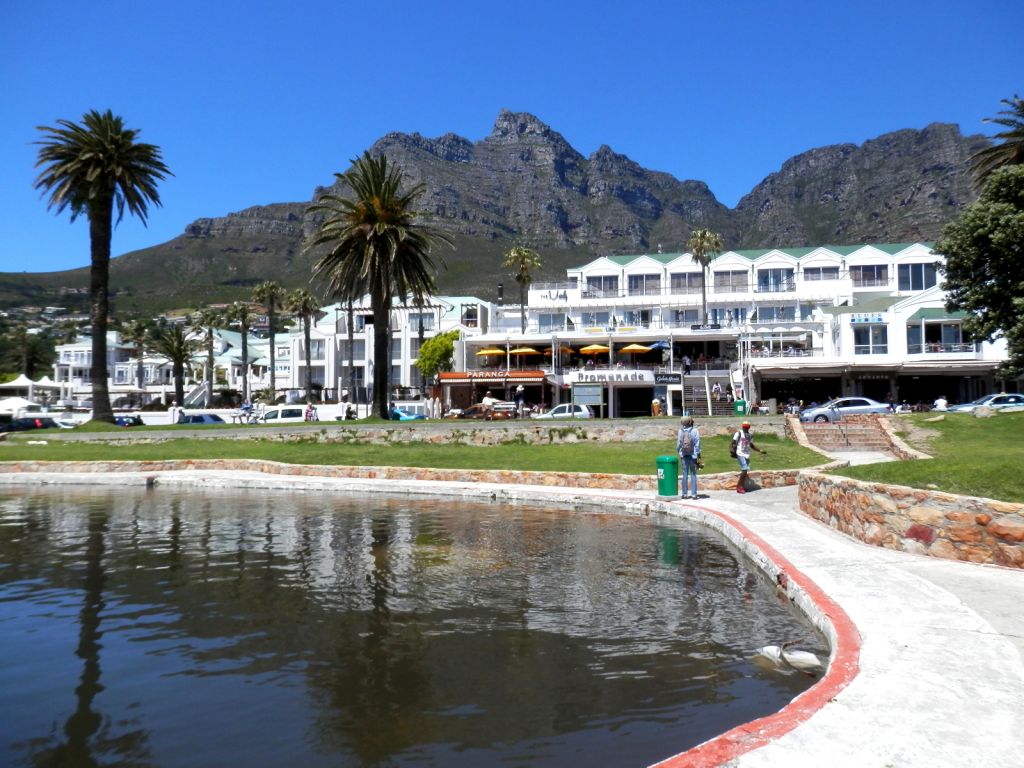 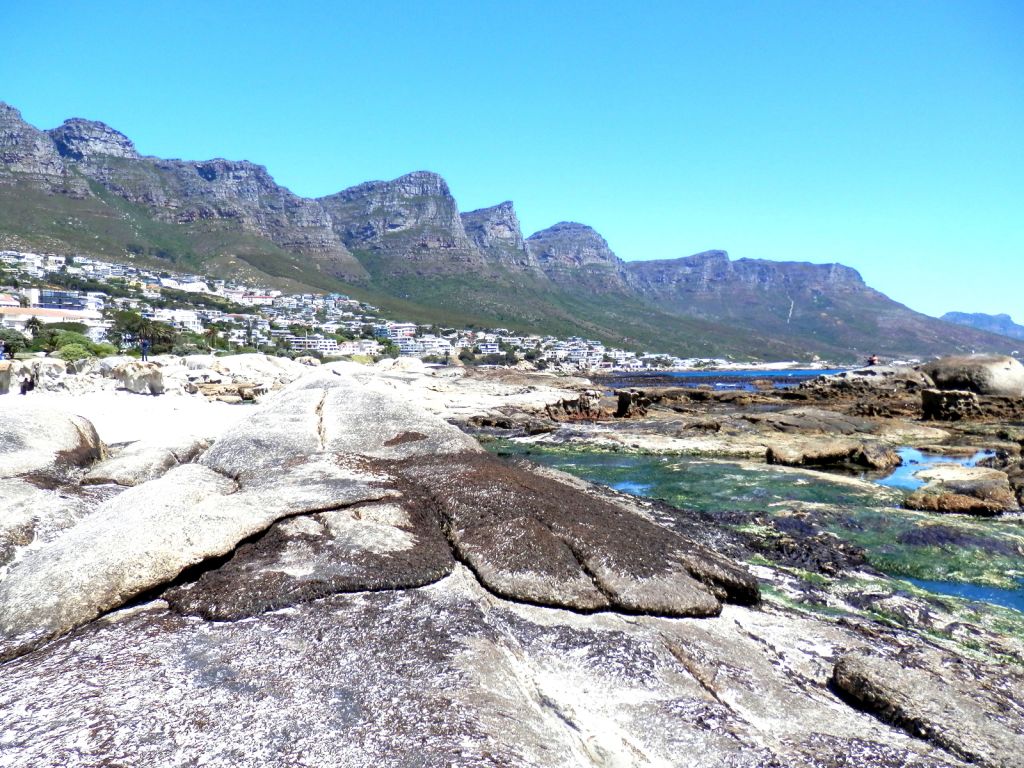 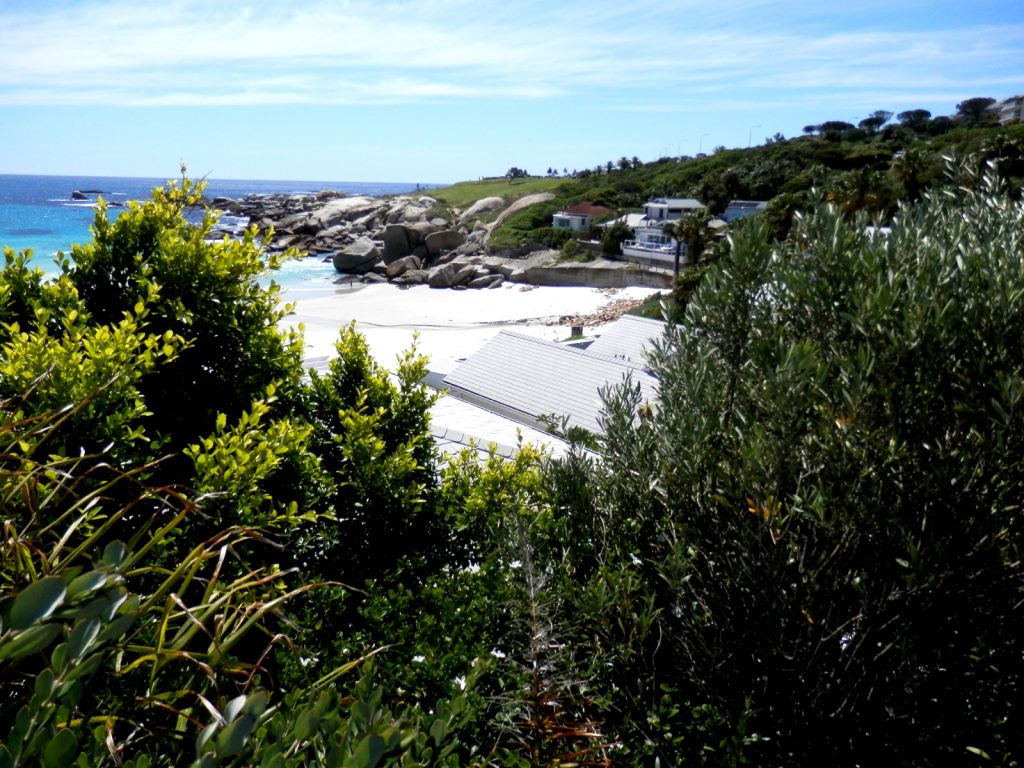 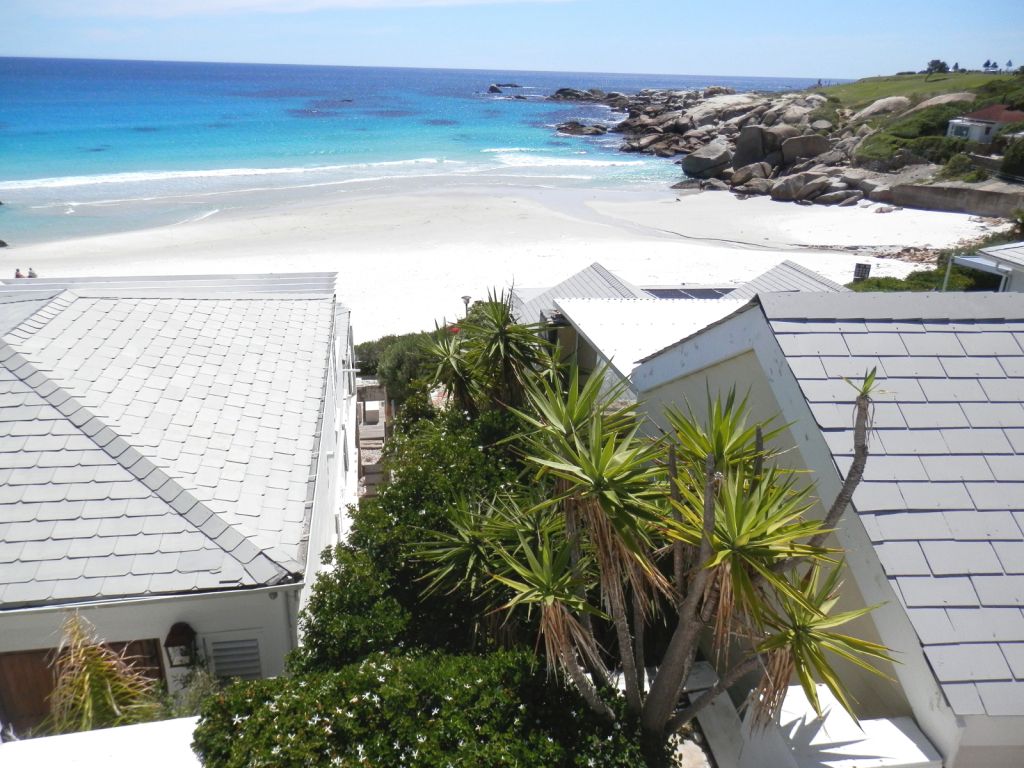 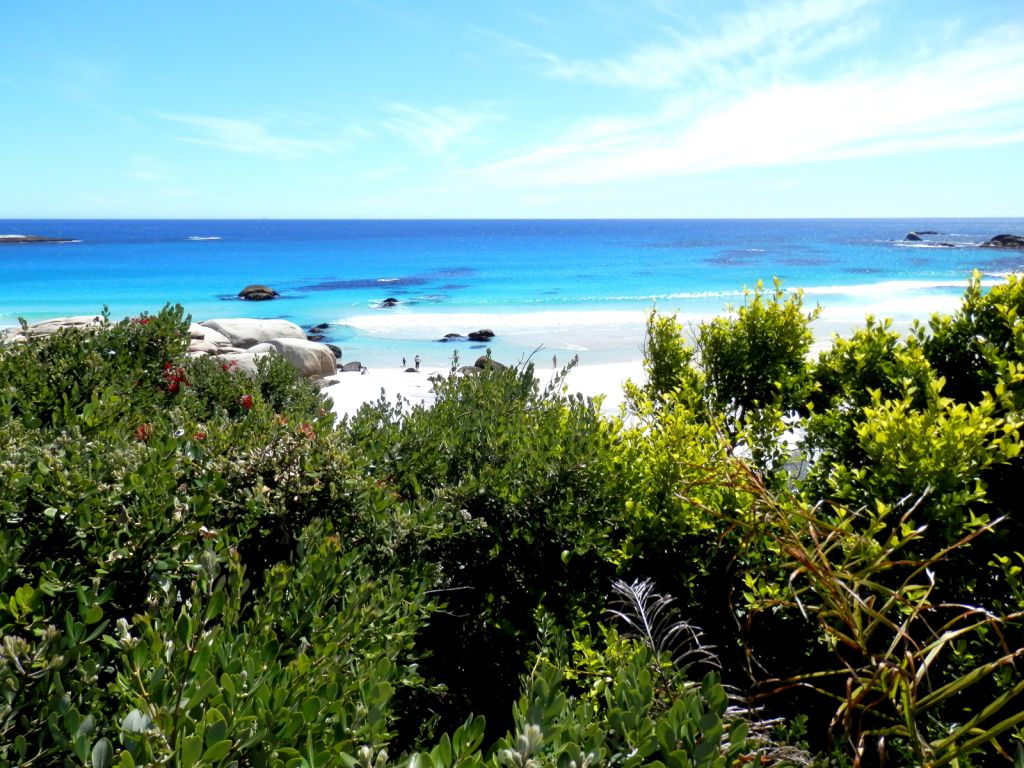 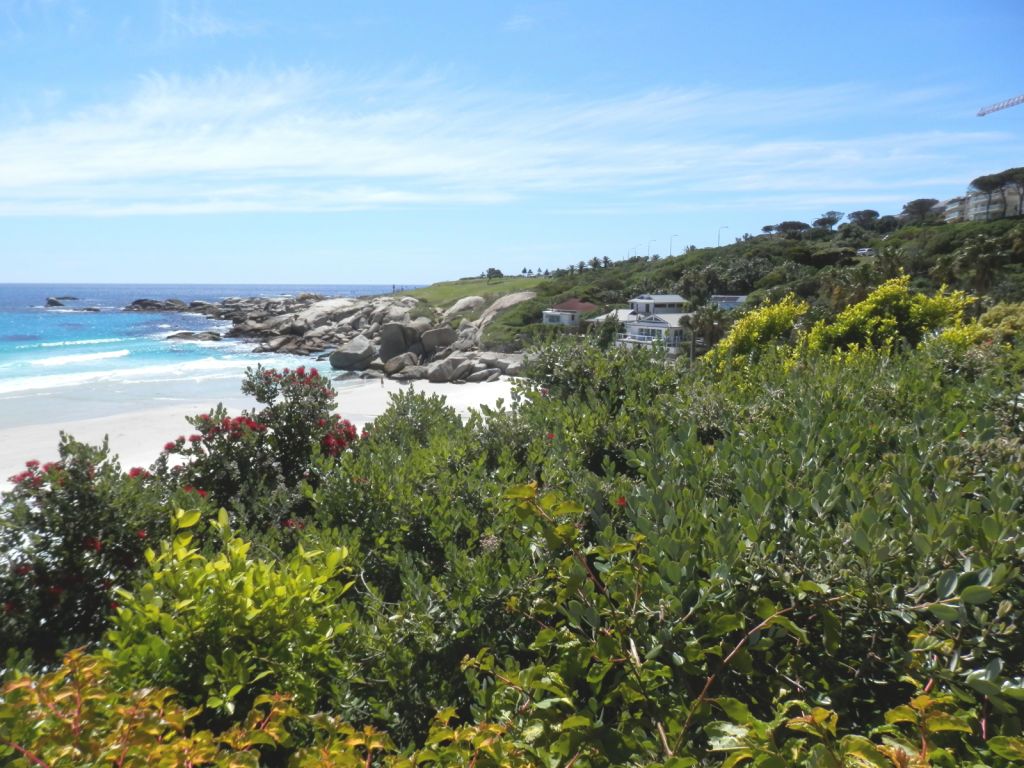 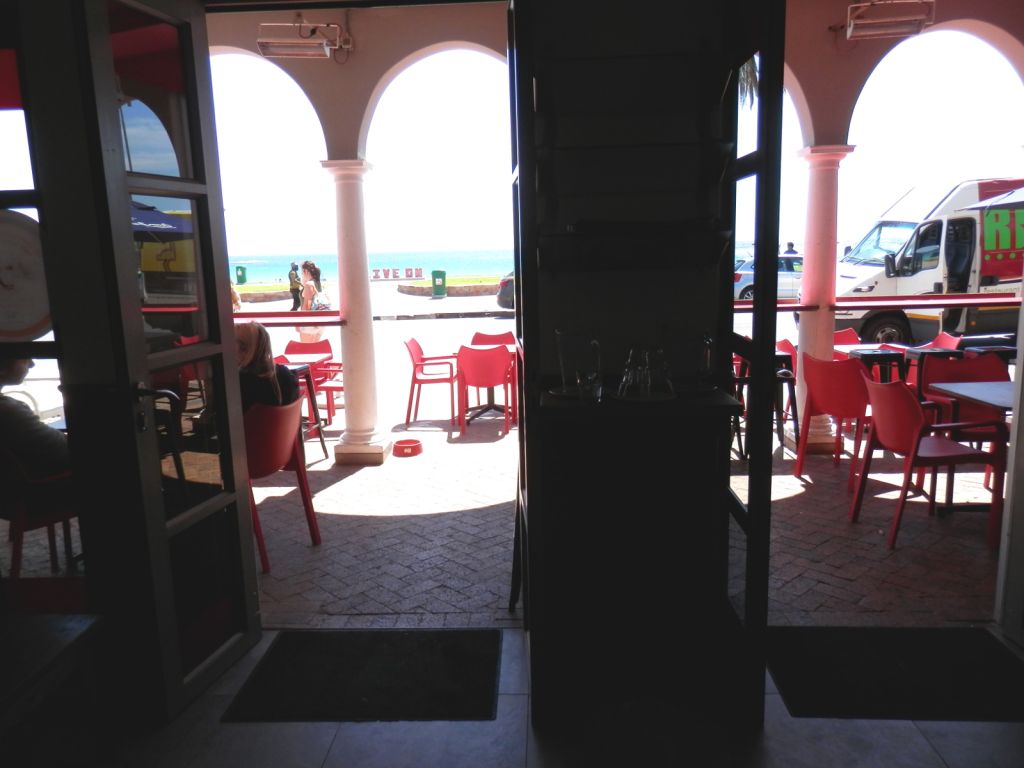 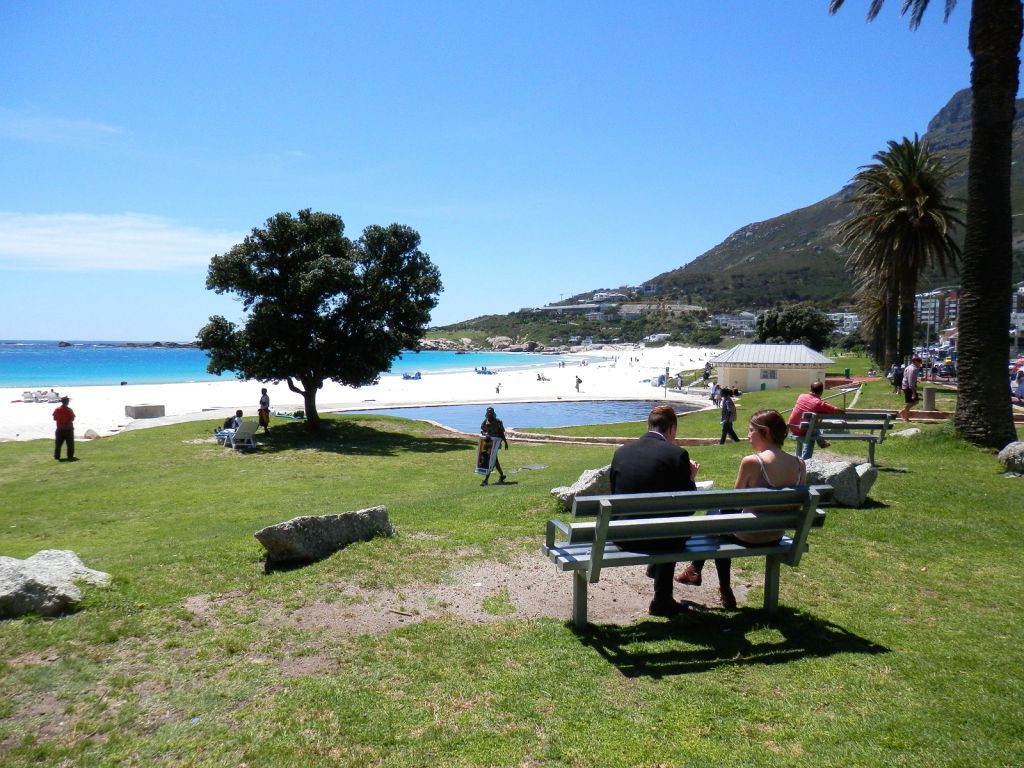 A visually marvellous strip of photogenic real estate sandwiched between the gently curving, Brighton-inspired palm edged bay and the back end of Table Mountain. And to balance out the fine looks and good location Camps Bay has a bit of schizophrenia. Street society and serene city suburb, rough rocks and smooth beach, Camps Bay is …[continued]

A visually marvellous strip of photogenic real estate sandwiched between the gently curving, Brighton-inspired palm edged bay and the back end of Table Mountain. And to balance out the fine looks and good location Camps Bay has a bit of schizophrenia. Street society and serene city suburb, rough rocks and smooth beach, Camps Bay is reassuringly two-faced.

The first accommodation choices here are the larger freehold villas and houses where a garden, swimming pool and mountain and sea views are standard for most of them. The styles range from solid and suburban to over the top and somewhat daunting. An edifice called “Pentagon” certainly falls into the latter category and might require an extension on the ovedraft to book it. The best priced and appointed places go early in the year so book at least 8 months before the peak Christmas and New Year period. Apartments and duplexes are less plentiful but are available and obviously more cost effective for a couple or small family wishing to base themselves here.

Camps Bay sits on the Atlantic coastline about 6km from Cape Town central and 30km from Cape Town International Airport. Choose either of two roads. Both routes take about the same time to get you there and it is as much a matter of mood and preference as starting point as to which one you choose. Victoria Road is the low road continuing from the main road out of Cape Town, through Greenpoint and Seapoint and starting in Bantry Bay.

Victoria Road bends its way along the base of the mountain rock that drops steeply into the sea. Look up the slopes to see the high priced glass and concrete superhomes in the blocky and angular modern style that seems to have flourished on these rocky gradients. Drop round a steady bend and there’s Camps Bay: half a mile of beachfront where the competition and collaboration of nature and human has resulted in some desirable accommodation options.

Come in via Camps Bay Drive which goes from Kloof Nek, the pass that curls up from the west part of the city between Lions Head and Table Mountain, and the shyer, domesticated Camps Bay is revealed. Hibiscus and pelargonium lined avenues lead off on either side to large well cared for properties. If you are the one driving then keep your eyes on the snaking road and try not to stare at the contrast of the boulders and fynbos vegetation of the Table Mountain range and the infinite Atlantic spilling out below.

Don’t miss the two recently refurbished 12 pounder cannons (hauled out of the Glen, a forested valley below, in 1998) on your right as you pass over Kloof Nek to Camps Bay Drive. These were used by the French and Dutch forces to deter naughty English soldiers from attempted invasions.

Named after von Kamptz who was either 1) a sailor for the Dutch East India Company, 2) a German-born entrepreneur with friends in high places who went to India and made then lost his fortune there. He ended up in the Cape and acquired the estate, Ravensteyn, by marrying its owner Anna Wernich in 1778. Ravensteyn was a prosperous vegetable and dairy cattle farm comprising of land over the Kloof Nek pass. Disputes in land ownership and compensation payable between von Kamptz and the Dutch government as a result of a war of the Dutch and French with the British ensued. Von Kamptz relocated to Holland with his family and was eventually paid out for Ravensteyn by the Dutch.

Publicity and acrimony between this feisty landowner and the bureaucrats of the day (who referred to him as “troublesome and annoying”) were enough to solidify the name “de Baai van von Kamptz”, into the collective consciousness and mapbooks of the region.